Hudson Yards is New York City’s newest neighbourhood—the centre of the city’s rapidly changing West Side, and the largest private development since Rockefeller Center. If that’s not ambitious enough, it was also Oxford’s inaugural investment in New York City.

Oxford and Related Companies teamed up at the end of the financial crisis with a transformational vision for the site. Oxford’s rich global expertise and Related’s deep New York roots combined to shape the city-within-a-city and deliver enormous social and economic impact.

When completed, 125,000 people daily are expected to live, work, dine, shop, study, stroll or sightsee at the 28-acre neighbourhood. The project will contain 18 million square feet of commercial and residential space and is expected to contribute close to $19 billion annually to the city’s GDP.

The project began with the construction of a platform weighing 35,000 tons, held up by 300 caissons drilled into the active railyard below. Delivering uninterrupted rail service throughout construction was a phenomenal feat, and was the result of hard-working relationships with federal, state and city agencies, together with meticulous planning.

These are just some of the reasons that Fast Company called Hudson Yards “the neighborhood of the future" and why the commercial project was also awarded New York City’s first LEED Neighborhood Development Gold certification, with individual buildings attaining LEED Platinum certifications.

It takes vision to look at a 28-acre open rail yard and see a community. And it takes a combination of creativity, conviction and financial strength to transform that vision into an inclusive, sustainable and thriving new neighbourhood. The project demonstrates the importance of relationships, trust and partnership. Hudson Yards is a tremendous success by every measure—and we’re not nearly done yet. 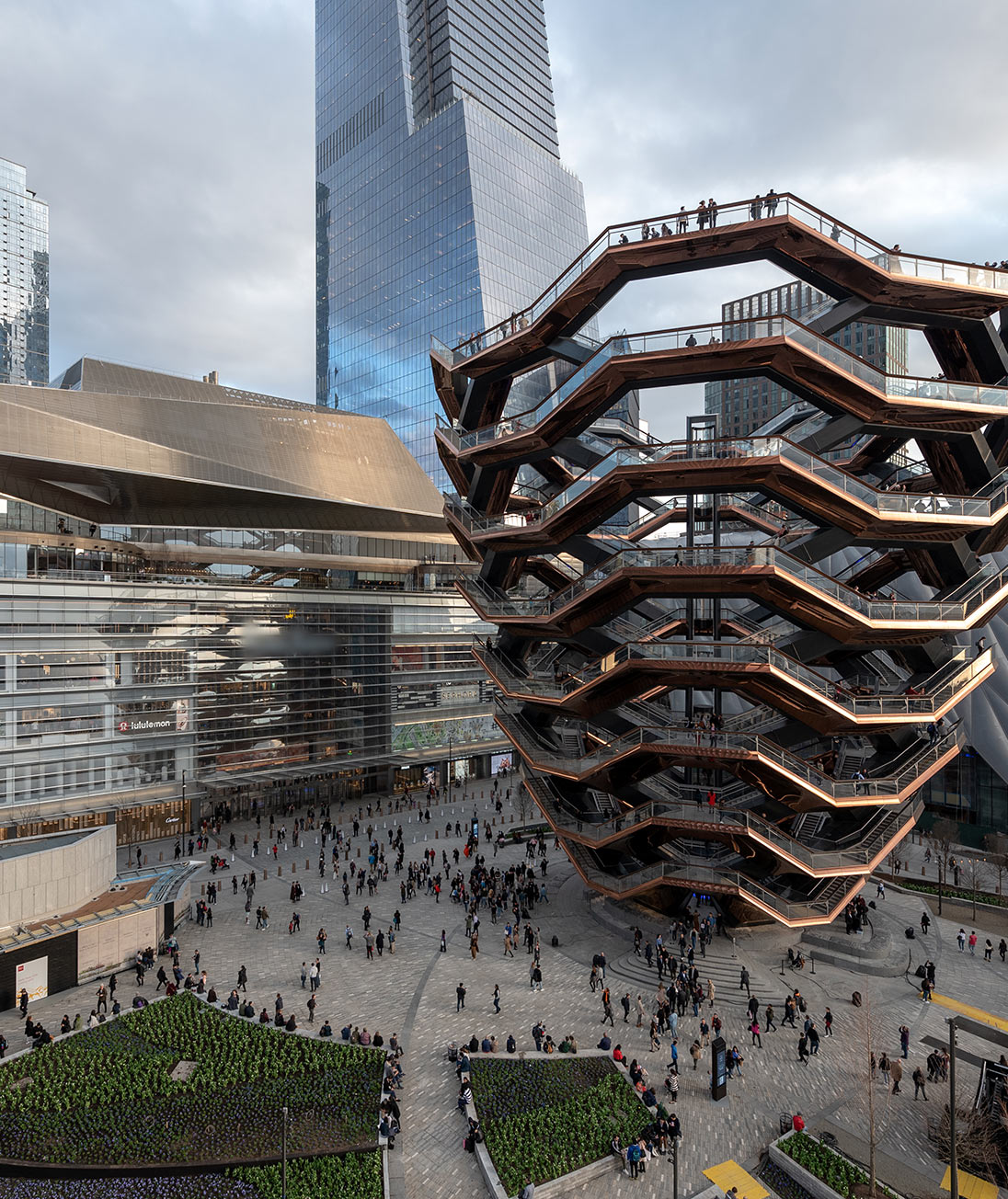