How We Built It 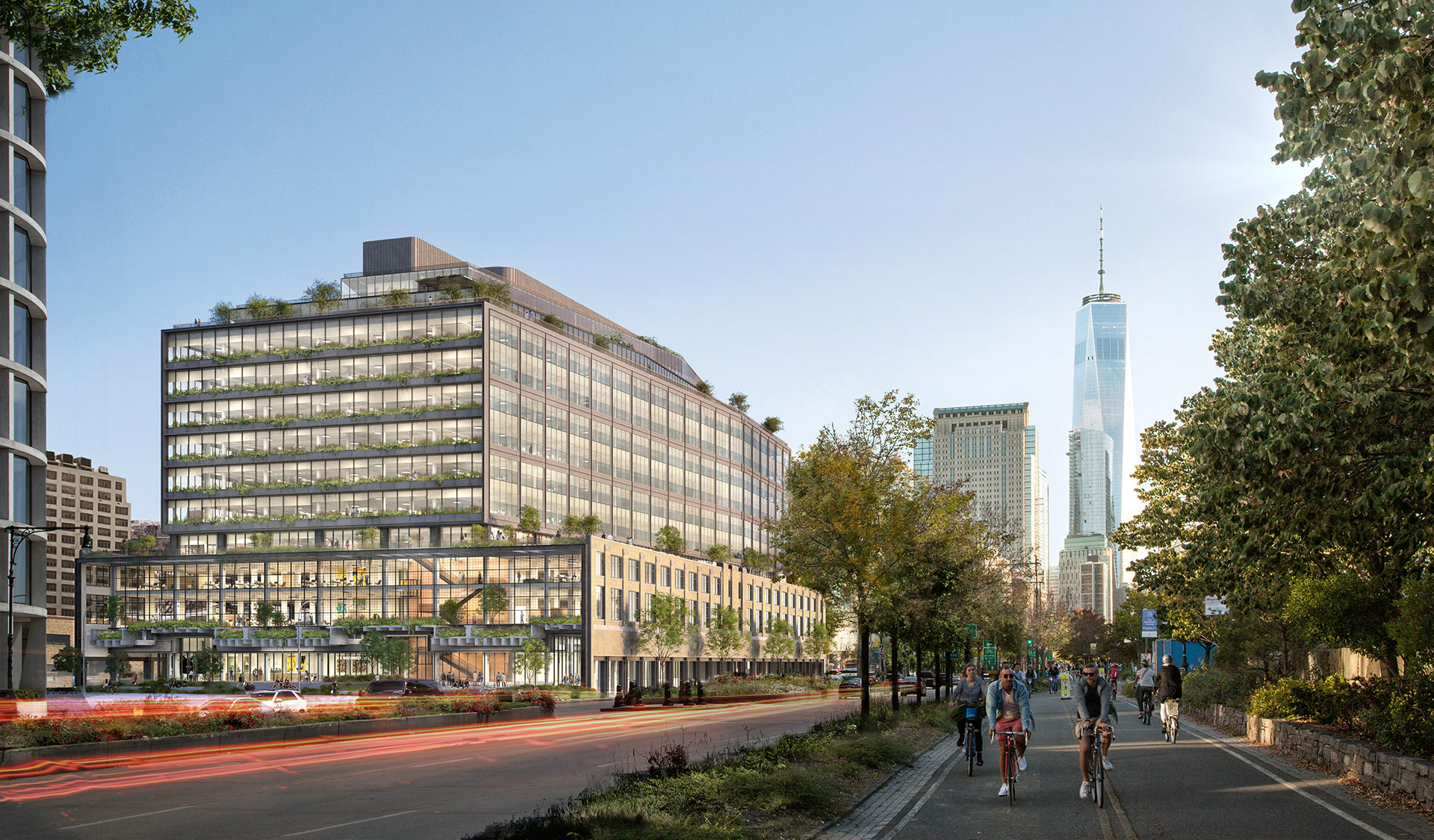 Supporting our conviction in the long-term global demand for best-in-class workplaces that are healthy, smart and green, in 2017 we acquired the site of New York’s historic St. John’s Terminal (‘SJT’) on the west side of Manhattan. A site long coveted by developers, none were able to unlock a solution due to its complexity and scale. Where others saw challenges, Oxford saw the opportunity to build its vision for the future of work and deliver it to New York.

With the development approaching practical completion, Google purchased the building in January 2022. Set to become the cornerstone of Google’s new Hudson Square campus, the US$2.1 billion transaction was the largest U.S. single-asset office trade in recent years. Acknowledging its success, the project recently won the ‘Deal of the Year’ at Commercial Observer’s annual Power Awards.

We sat down with the project’s leader, Dean Shapiro, SVP, Strategic Partnerships to discuss how we delivered the workplace of the future, ahead of schedule despite the pandemic, and attracted one of the world’s most innovative companies.

Q. SJT was a significant investment for Oxford, what gave us the conviction to deploy substantial capital to acquire the site then develop speculatively?

DS: Our vision, for one. Some people saw SJT as an unwieldy floorplate in a remote location, we saw something very different. We saw a flexible site with endless possibilities. With its proximity to Hudson River Park and the Hudson River, we saw an opportunity to create something in what’s otherwise the concrete jungle, uniquely connected to the natural environment. That gave us the ability to deliver something unique, but badly needed in New York.

We were looking to deliver the modern workplace, our vision for where we saw the workplace going. That meant larger floorplates, more open space, highly sustainable, imbued with smart technology, and abundant access to outdoors—a more holistic experience than a traditional office building.

Before we put pen to paper, we really did our homework to map out where the office was going. We spent significant amounts of time on the West Coast, in London and Chicago—markets with the best examples of an evolving workplace.

COVID-19 has rapidly accelerated the evolution of the workplace, but thanks to the groundwork we laid, we didn’t ride that wave, we were the wave.

We also had conviction in our knowledge of the market, and our ability to execute. What we wanted to deliver at SJT was a product in extremely short supply in New York—if any supply at all—and we knew we had all the right people on our team that could make it happen. And we did.

DS: A key standout is the proximity and inclusion of open space, which includes the creation of three acres of parks—partially accessible to the public. The building possesses a multitude of technological amenities like view glass, it excels from a sustainability perspective and is LEED platinum, and there’s simply been tremendous care put into the most minute of details—like ensuring all plant species around the building are indigenous to Manhattan. SJT is in a class of its own.

Q: Manhattan is famed for its skyscrapers, why did Oxford make the decision to keep SJT relatively low? Some have coined it a ‘side-scraper’.

DS: Functionally, SJT has a very large floorplate, and it is an unusual one at 580 feet long which is unheard of for an office. We made the decision early on that while we had the ability to make the building significantly taller, we wanted to buck convention and make the building as low as possible to preserve those large floorplates. The height wasn’t necessary to create value in this instance, and with bigger floorplates being a rare commodity in New York we felt there would be strong demand.

That said, you can’t put all your eggs in one basket. So, we had to assume we’d need to split the building to accommodate multiple occupiers. The concept became to preserve the large floorplates but in a manner that allowed us to split the building horizontally. After an extensive design process, we developed a floorplate with two cores and there truly was a lot of magic to that.

Q: Did Google change the project significantly? How much collaboration was there with the design process?

DS: It was a collaborative process and certainly they had a very important input, but the building is largely as originally contemplated. From day one of our partnership on the project, it was clear that Oxford and Google’s vision for the future of work were fully aligned. To be in lockstep with one of the most innovative companies in the world was an incredible validation of our initial vision.

SJT: view from the Hudson River

Q: What impact did the pandemic have on the project?

DS: We were able to manage it beautifully; conceptually, supply chain and labour. We got ahead of supply chain issues, and from a labour perspective we had great safety protocols and on-site testing. There was a whole infrastructure around ensuring we kept people safe and healthy.

We also deployed innovative construction techniques never seen before in NYC. Our team utilized the same method they use to build bridges by creating pre-cast concrete panels that were shipped and assembled together on site. This was cheaper and faster than the traditional cast-in-place option.

All of that together meant we were able to successfully complete the building ahead of schedule.

Q: What’s the reception been like from the market?

DS: They love it. Everyone we toured through the building almost immediately said ’I want to be in this building.’ The views are stunning. You’re not hemmed in by buildings on all sides; three sides of the building are unobstructed with river views and a lovely breeze, there’s a huge amount of open space. It’s amazing.

Q: What’s your biggest takeaway from the project?

DS: Developments run the gamut from the conventional, to extremely ambitious—both serve their purpose. Our approach at SJT was extremely thoughtful, every aspect of the design.

We aspired to do something that had never been done before. What we’re left with is a living example of that. SJT is a crowning achievement for everyone involved in the project, individuals to organizations.