While commercial vacancy rates in Calgary continue to sit at nearly 26 per cent, Oxford has pivoted to provide the businesses it serves with meaningful services and functional spaces. The resounding success of OxWorx, a flexible office solution first piloted by Oxford in Bow Valley Square in 2018, also continues to draw occupants to the core by providing functional, efficient options for small and growing businesses. The exceptional growth seen by the innovative program has led to the launch of a second OxWorx location in Millennium Tower which will open on March 1.

"Having made a strategic shift to focus not only on providing our customers with tailored office spaces, but also on creating an environment of hospitality, community connection and innovation, we continue to see a strong return on investment when it comes to businesses choosing to set up shop in our downtown properties,” says David Routledge, Vice President of Real Estate Management West at Oxford Properties. "We are pleased to have the opportunity to expand our OxWorx concept across multiple locations as we continue to welcome businesses from new and emerging industries into the Oxford family while maintaining strong occupancy rates across all of our downtown properties.”

Oxford Properties recognizes the importance of facilitating and enabling business innovation in Calgary as the city continues to attract investment in new industries outside of the traditional oil and gas sector.

Among other reasons, Helcim is establishing permanent headquarters in Calgary because of the reasonable cost of living it offers staff, and the proximity to multiple post-secondaries from which it can recruit future employees. Helcim"s decision to move into Millennium Tower specifically was spurred by the need for a flexible office space that could accommodate its plans for exponential growth, as well as its preferred approach towards open-concept, collaborative workspaces. Having decided it was important for Helcim to be part of the city"s downtown hub, it was an easy next step for founder & CEO, Nicolas Beique, to choose Millennium as Helcim"s new home.

"We wanted our team to be surrounded and inspired by other companies and start-ups in an environment fueled by innovation and entrepreneurship, and we felt that the city"s core was the best place to find that,” says Beique. "Having our headquarters in downtown Calgary also allows our staff to experience and support the local businesses, restaurants and culture that the city centre is known for. In Millennial Tower, our team also has access to a myriad of exceptional amenities that cater to a healthy work-life balance that is an important part of our corporate culture.”

With more and more companies like Helcim and ESQ embracing a new era of doing business in Calgary"s inner city, Oxford Properties is well-equipped to cater to the modern-day needs of any and all organizations. Oxford remains committed to investing in Calgary"s future as business innovation driven by its occupants continues to breathe new life into what is once again a bustling, thriving city centre. 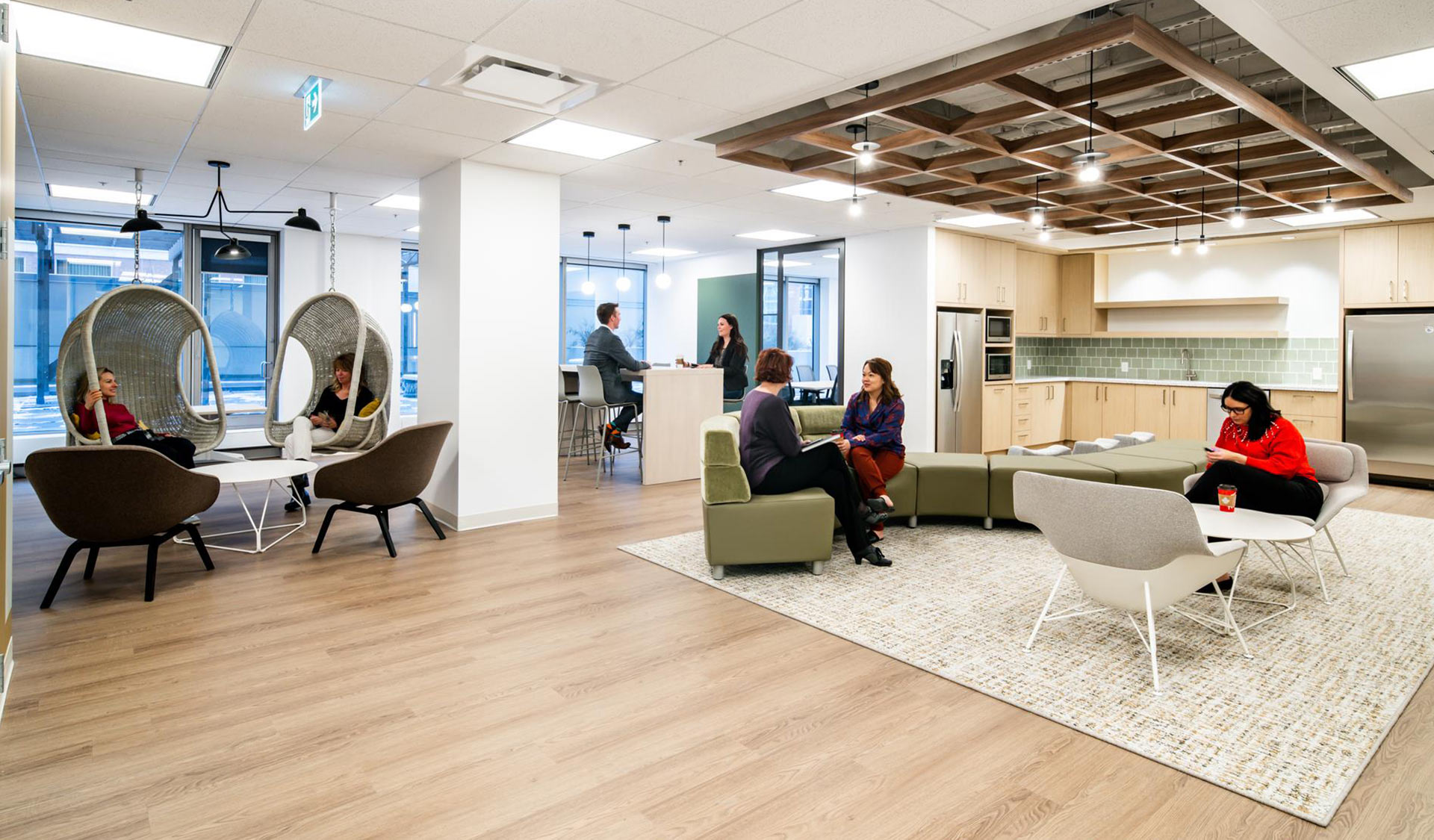