Oxford and LCP will jointly invest c. £1 billion to bring forward the project over a number of years, with Oxford providing the majority of the capital and working alongside LCP’s highly experienced and professional team as development manager. West Midlands Interchange will be a technologically advanced and environmentally sustainable development which meets modern occupiers’ efficient operational and environmental requirements.

Planning consent has already been secured by the vendors, which allows for the delivery of around 8 million sq ft of prime logistics space and provides flexibility around the project timeline and scale of units. Infrastructure works are expected to commence in the first half of next year with the first buildings starting on site in 2022 ready for occupation in 2023.

The site can accommodate new warehouses ranging in size from 200,000 square feet to over 1 million square feet, with building heights up to 30 meters.  This scale and flexibility will create space for some of the most efficient operations in the country, maximising cubic storage capacity and the possibility for occupiers to deploy the latest technology.

West Midlands Interchange is centrally located in the UK, northwest of Birmingham in the key West Midlands logistics corridor and will deliver significant economic benefit to the region through the creation of 8,500 jobs and a further 8,100 indirect jobs.  It is also expected to generate around £430 million of local economic activity each year, and, through the supply chain, create over £900 million of economic activity each year nationally.

It benefits from excellent transport connectivity to the UK’s major cities, ports and airports, with immediate access to the M6 motorway allowing 88% of the population to be reached within a four-hour drive, well inside the HGV single trip limit. As part of wider infrastructure improvements, Oxford and LCP will build a new link road to connect the A5 and A449, enhancing the resilience of the local road network to improve access to the site and achieve additional public benefit.

In addition, the project will create a new Strategic Rail Freight Interchange, which will provide intermodal access for occupiers. This gives the site a significant competitive advantage, with rail transport a cheaper and more environmentally sustainable option while also reducing congestion on the roads. The West Coast Main Line is already one of the most important freight routes in the UK, used by 90% of all intermodal trains, and its capacity likely to be transformed by High Speed 2, the next phase of the UK’s high speed rail network linking London with the North, currently due to open between London and Birmingham in 2026.

Sustainability sits at the heart of the site’s masterplan, which includes the creation and maintenance of two new country parks of a combined 109 acres that will achieve a net biodiversity gain across the development, 36% of which will comprise green infrastructure. Warehouse roofs will be built to accommodate installation of photovoltaic panels, enabling the generation of renewable energy.

In 2020, Oxford announced its intention to deploy £3 billion of capital in the European logistics sector over the next five years in platforms, developments and portfolios of scale. The company made its first direct European investment in 2020, with the acquisition of a 15-acre site in Heathrow alongside LCP.

James Boadle, Head of Logistics and Residential, Europe at Oxford Properties, commented, “In recent years we have significantly increased our exposure to the logistics sector globally through several major transactions, including making our first direct investment into European logistics last year with LCP. Logistics remains one of our highest conviction calls globally, benefitting from substantial undersupply of prime new space while the growth of e-commerce and demand for expedited supply chains continues unabated, accelerated by the effects of Covid-19.”

“The transaction represents a rare opportunity to gain significant exposure at attractive risk-adjusted returns in an increasingly competitive landscape. We are pleased to be again working alongside LCP’s highly experienced and professional team as we deliver a best-in-class logistics park with occupier demand, technological advancements and environmental, social and governance principles at its core.”

Pierre Leocadio, Head of Investment, Europe at Oxford Properties, added, “This transaction presents an exciting opportunity to develop a market leading, prime logistics hub, alongside our trusted partner, LCP. Oxford is renowned for its ability to deliver major large-scale projects, and this aligns with our strategy to deploy capital at scale into the logistics sector. The inclusion of a new rail terminal in the masterplan allows us to create a site that has strong appeal to potential occupiers, while also helping reduce the environmental impact of its supply chain by reducing lorry traffic. The project will also create economic impact to the region through the creation of a significant number of local jobs.”

John Pagdin, Head of UK Logistics Capital Partners, commented, “We have been tracking this particular site for some time and are delighted to have secured the park alongside Oxford Properties.  West Midlands Interchange is a fantastic opportunity to build out a uniquely positioned development scheme, allowing us to offer occupiers every possible size, scale, configuration and specification of unit with none of the usual planning delays or uncertainties often associated with schemes of this nature.  We look forward to progressing first stage preparatory works and welcoming occupiers to this exciting project.”

The site was acquired from the shareholders of Four Ashes Ltd, a three way partnership including Kilbride Holdings and Grosvenor Group’s Indirect Investment business (Grosvenor).

Peter Frost, Director of Kilbride Holdings on behalf of Four Ashes commented “Having successfully guided the development from its inception and earliest stages to development consent, we are pleased that partners Oxford Properties and LCP will bring funding and specialist expertise to enable the project to now fulfil its huge potential.” 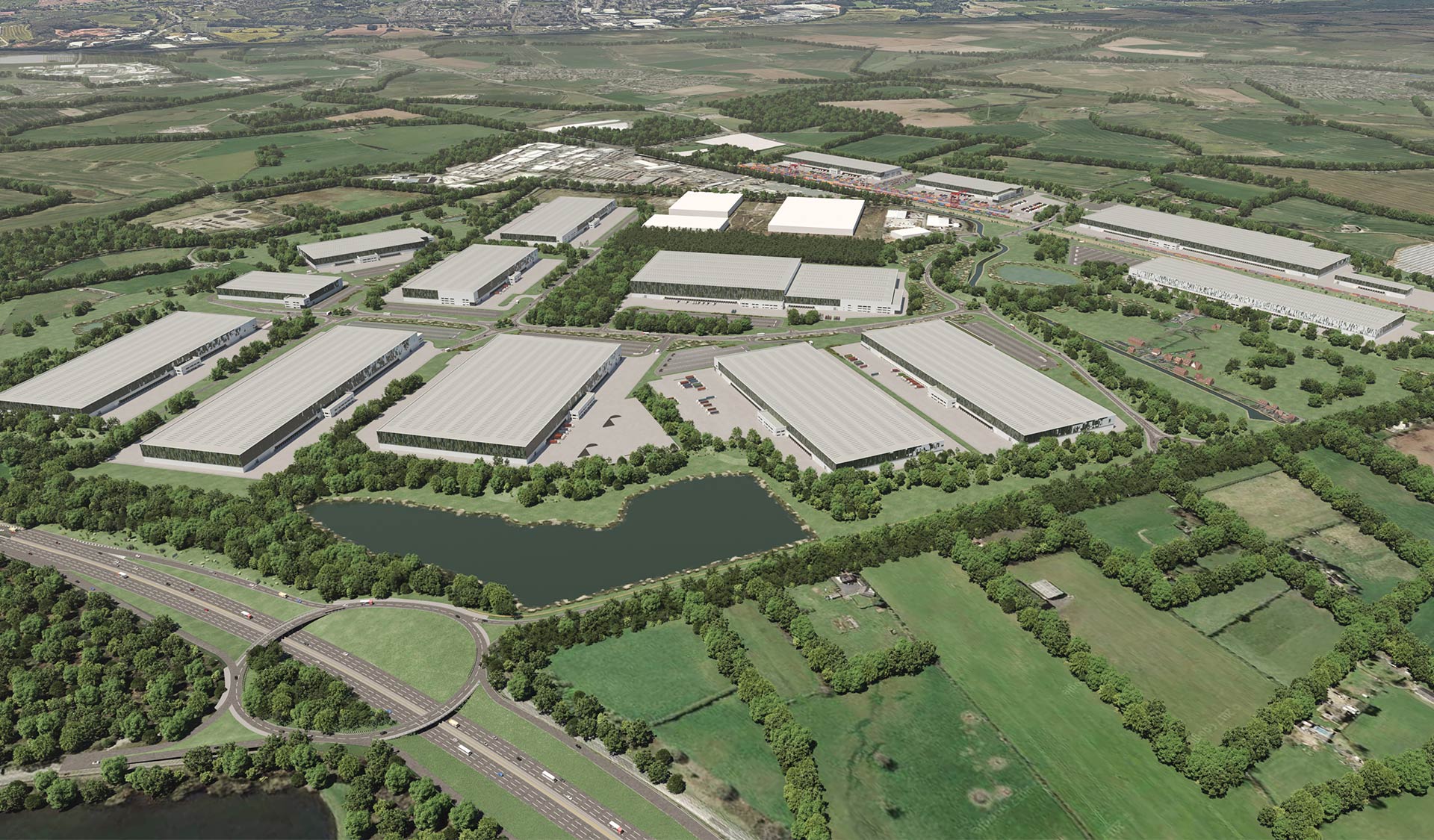