McNamara and Matheson will join the Executive Leadership Team at Oxford and report directly to its President, Michael Turner. The change marks the next stage of Oxford’s plan to transition regional leadership to align with its global growth strategy. To reflect the growing size and importance of Oxford’s Asia Pacific and European businesses, Brundage’s position has been replaced with two new roles. In July 2019, McNamara and Matheson were promoted to Managing Director, Head of Europe and Head of Asia Pacific respectively when Oxford revamped its global leadership team.

Paul Brundage joined OMERS’ real estate business in 1998 before joining Oxford following its acquisition by OMERS in 2001. Brundage led asset management and operations for Oxford’s Canadian business before being tasked with launching the Company’s European business in 2008 and relocating to London.

Over the past 12 years, he has built a 100-person, £8.2 billion business with teams in London, Paris, Berlin, Luxembourg, Singapore and Sydney and has generated substantial returns for OMERS.

Under his leadership, Oxford’s major achievements include the development and eventual £1.15 billion sale of the Leadenhall Building in London in partnership with British Land. It established the £1.2 billion fund vehicle DOOR to invest in the UK’s leading build-to-rent residential platform, Get Living, in partnership with Delancey. Furthermore, it acquired the Sony Center in Berlin for £1.0 billion and entered Australia in late 2018 through the £2.6 Billion take-private acquisition of the ASX-listed office REIT, Investa Office Fund.

Brundage has become a fixture of the UK and European property industry, serving as a former President of the British Property Federation and part of the Bank of England’s Commercial Property Advisory Committee. He has championed a number of diversity and inclusion initiatives within the property industry. This includes the launch of Pathways to Property initiative through his role as a member of the Henley Business School Strategy Board and being an original member of Real Estate Balance, which advocates for a greater representation of women in the senior levels of the property industry. Brundage will remain in London and work alongside OMERS investment businesses on a variety of global initiatives and report to its CIO, Satish Rai. He will work closely with Matheson and McNamara over the coming months to ensure a smooth transition of Oxford’s Europe and Asia Pacific businesses and relationships.

“Over the past year, we’ve worked to transition our global leadership team and our ability to promote from within demonstrates the depth of talent we have within our ranks,” commented Michael Turner, President of Oxford Properties. “David and Joanne have already made substantial contributions to our Asia Pacific and European businesses and are positioned to deliver upon the next phase of Oxford’s growth story.

“Paul’s impact on the Oxford business cannot be overstated. He has played a significant part in building not only our portfolio, but also our culture and developing the next generation of talent as demonstrated by Joanne and David’s promotions. The legacy of his leadership will be long felt and the whole of Oxford wishes him well as he returns to OMERS.”

McNamara joined Oxford from Hammerson in 2010 as one of the first members of its European investment team and was involved in many of Oxford’s early European successes, including the development of the Leadenhall Building, London Wall Place and St James’s Market in partnership with The Crown Estate. She has gone on to hold a series of roles within the Company, most recently leading Oxford’s European investment team and having P&L responsibility for its European portfolio. In her time at Oxford she has completed approximately £10 billion of transactions, including leading the acquisitions of 130-137 and 48-50 New Bond Street, the recent sales of London Wall Place, The Post Building and Watermark Place in London and Oxford’s entry into the European logistics and residential sectors, both of which continue to be key focus areas for the Oxford team.

Matheson joined Oxford in 2013 from Goldman Sachs to initially lead its European investment team, a remit which grew to include Asia Pacific in 2017. Under his investment leadership, Oxford grew and diversified its London platform, built a £1.4 billion portfolio in Paris, entered Berlin and significantly expanded its strategic partner co-investment business. Since 2018, he has led Oxford’s push into Asia Pacific, overseeing over £5 billion in transaction activity, including the Investa Office Fund acquisition in Australia and subsequent sell down of £1.5 billion of non-strategic assets. This capital is being recycled into major new development opportunities such as the new Pitt Street metro station overbuild in Sydney, which includes the first build-to-rent tower in the city’s CBD. In addition, Matheson led Oxford’s £850 million investment in ESR, APAC’s leading logistics real estate platform, to become its largest institutional shareholder. Oxford is also seeking to enter the India market as it seeks to grow its Asia Pacific business up to potentially 25% of its balance sheet in the future.

“It’s been an honour to lead such a talented and passionate team of professionals,” commented Paul Brundage. “Oxford is an extraordinary company, and its people are motivated everyday by providing security in retirement to 500,000 OMERS members.

“It’s been a privilege to watch David and Joanne both grow as leaders. They represent some of the best talent in the industry and Oxford’s European and Asia Pacific business are in the safest of hands. Having carefully executed our succession planning over the past year, now marks the perfect time for me to return to OMERS to continue the work of delivering returns for our members.” 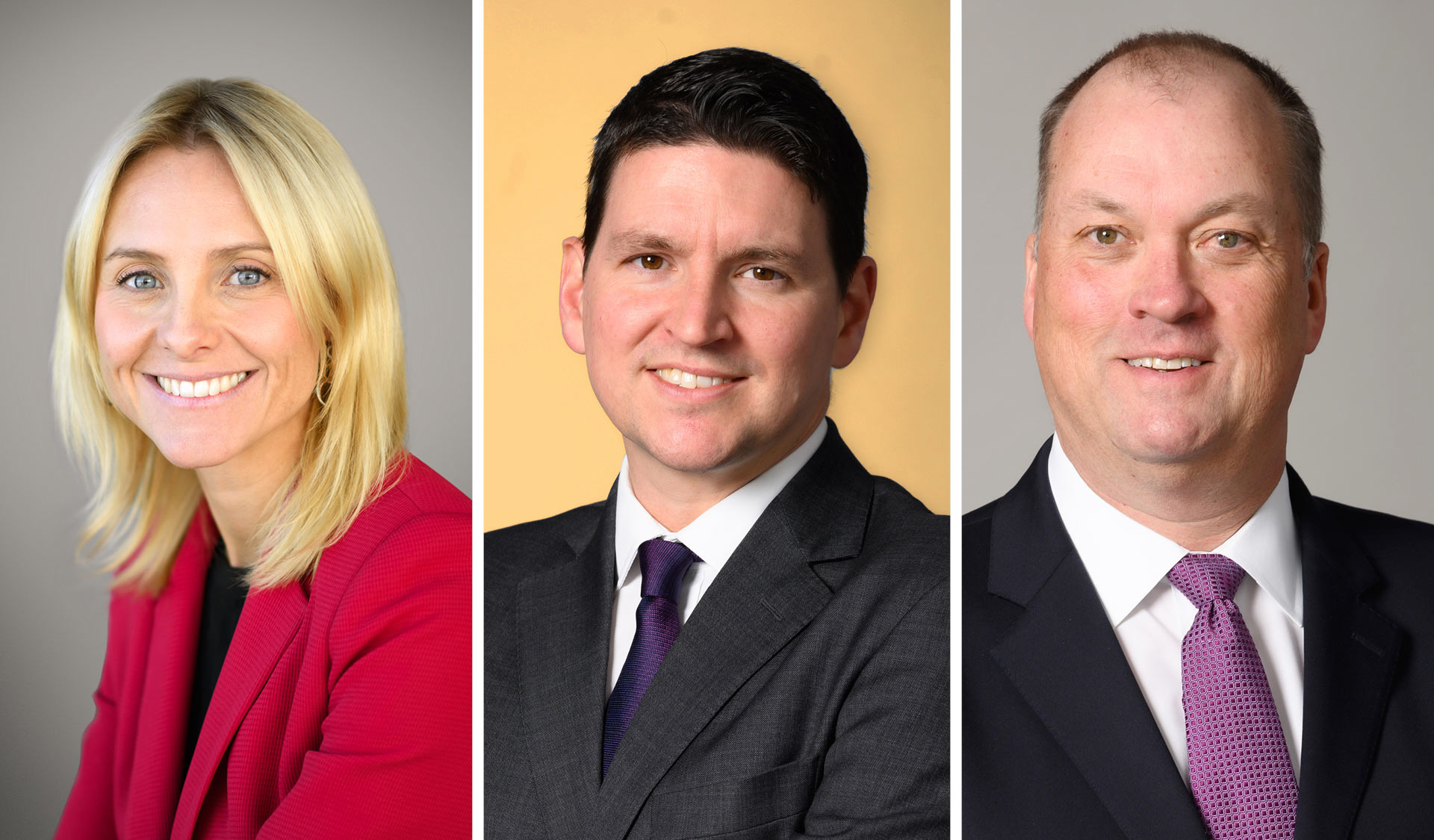